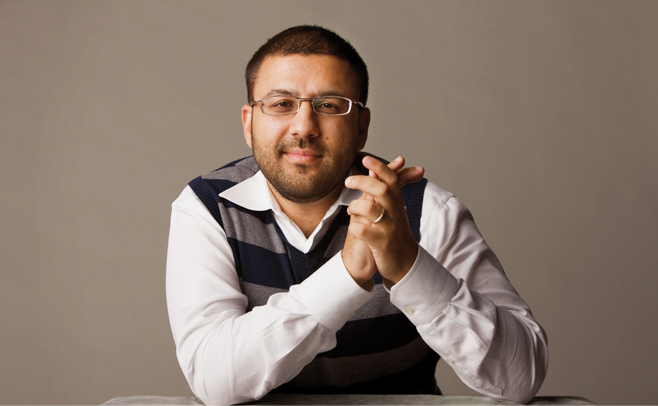 Dr. Varun Soni is the Dean of Religious Life at the University of Southern California (USC) and the first Hindu to serve as the chief religious or spiritual leader of an American university. He is also Vice Provost of Campus Wellness and Crisis Intervention, Adjunct Professor of Religion, and University Fellow at the Annenberg Center on Public Diplomacy. Prior to USC, he spent four years teaching in the Law and Society Program at the University of California, Santa Barbara.

A prolific public speaker and scholar of religions, Soni has been interviewed by a number of media outlets, including the Los Angeles Times, Associated Press, National Public Radio, ABC News, Sunday Times, Forbes and Voice of America. He is the author of Natural Mystics: The Prophetic Lives of Bob Marley and Nusrat Fateh Ali Khan (Figueroa Press, 2014) and he contributed to the edited volumes My Neighbor’s Faith: Stories of Interreligious Encounter, Growth, and Transformation (Orbis Books, 2012), Peyote: History, Tradition, and Conservation (Praeger, 2016) and Words to Live by: Sacred Sources for Interreligious Engagement (Orbis Books, 2018). His essays and commentaries have appeared in a number of print and online publications, including CNN, Huffington Post, Washington Post, Jewish Journal, Religion Dispatches, CrossCurrents and Harvard Divinity Bulletin.

Soni produced the critically acclaimed graphic novel Tina’s Mouth: An Existential Comic Diary by Keshni Kashyap (Houghton Mifflin Harcourt, 2011), which is currently being adapted as a television show. He also contributed to the graphic novel Anomaly by Skip Brittenham and Brian Haberlin (Anomaly Publishing, 2012), which is the longest full-color graphic novel ever published. For two years, he produced and hosted his own radio show on KPFK-Pacifica (90.7FM, Los Angeles) that showcased music from South Asia and its diaspora. In 2012, he was profiled in LA Weekly’s “Best of People” issue, which celebrates “the most interesting people in Los Angeles.” Recently, he was featured in the award-winning documentary film Awake: The Life of Yogananda (CounterPoint Films, 2015). He has served as a consultant for Showtime, ESPN, CW Television Network, Biography Channel and the Oprah Winfrey Network. He is also an adviser for the docuseries Religion of Sports, which is produced by Gotham Chopra, Tom Brady and Michael Strahan, and he served as a consultant for the video game Uncharted: The Lost Legacy by Naughty Dog.

Soni is a member of the State Bar of California, the American Academy of Religion, the National Association for College and University Chaplains, and the Association for College and University Religious Affairs. He is on the advisory board for the Center for Muslim-Jewish Engagement, Religion Dispatches, Los Angeles LGBT Center, Future50, CrossCurrents, Hindu American Seva Charities, Hindu American Foundation, New Vision Partners, Interfaith Youth Core and the Parliament of the World Religions. Born in India and raised in southern California, he has family on five continents and they collectively represent every major religious tradition in the world. He currently resides in Venice Beach with his wife Shakti, who is a pediatrician from South Africa, and their daughter Tenzin Tara.